Which came first, the inkjet or the laserjet? Look no further for the answers to your printer evolution questions. Get ready for a glance at 500 years of brilliance which transformed the very way we live and work. 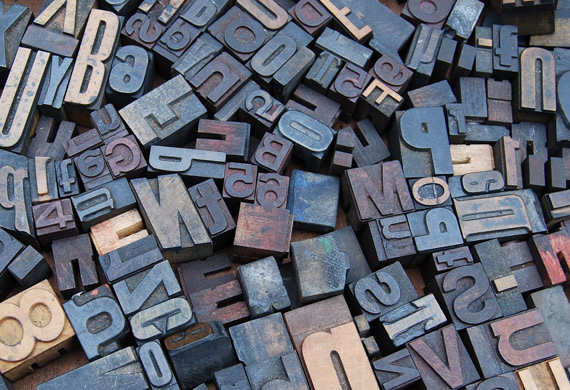 For over half a Millenia, some of the most intelligent minds have worked to advance printing technology. The printer you have in your home or office is the result of some incredible breakthroughs and expert engineering.

clashgraphics.com gathered the following history, timeline and evolution of computer printers, from Gutenberg to Xerox, to 3D printing, and wireless technology.

Early Printing and the Printing Press

Before Johannes Gutenberg introduced the printing press in the 1440s, there were two options to reproduce literature or images:

Hire a Scribe - this expensive and time-consuming process involved a scribe reproducing and illustrating an entire book or document by hand.

Block Printing - This type of printing involved carving letters and images into the face of a block of wood, covering it with ink, and pressing it onto a medium such as paper.

Two drawbacks of this method were the blocks would wear out quickly, and the need for one block per page. If a book being copied had 200 pages, 200 blocks were needed to reproduce it.

Gutenberg’s Printing Press - As Gutenberg’s printing press proved to be a more efficient and less costly form of printing, the beginning of the modern era of printing had begun. 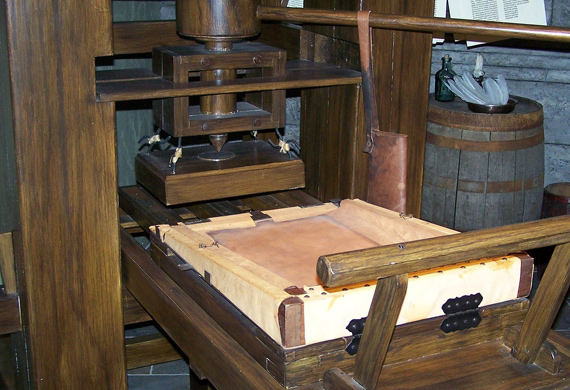 For nearly 500 years, the basics of printing technology remained the same. While the equipment became more efficient and durable, the printing press was just that, a printing press.

The Xerograph, Xerography, and Xerox

Printer evolution finally took its next step towards modern times. It was on October 22, 1938, when the first xerograph image was made. It was Chester Carlson who developed this printing method and called it xerography.

Xerography uses dry ink (toner) which by an electrically charged photoconductor-coated metal plate and flashes of light cause the dry ink to stick to a drum. The drum then rolls over the paper, leaving the ink and copied image behind. 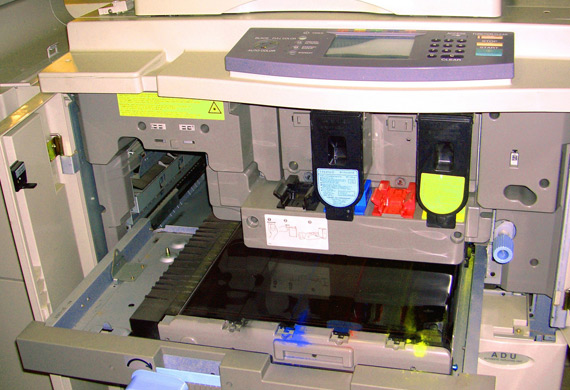 The name was inspired by the Greek language dry (xero) plus writing (graph). The process was refined over the next 20 years before going to market, and the company he worked for at the time eventually changed its name to Xerox Corporation in 1961.

As incredible as it may seem, laser printer technology preceded inkjet technology in the consumer market. While working at a Xerox research center in the late 1960s, Gary Starkweather combined laser technology with a xerographic copier. 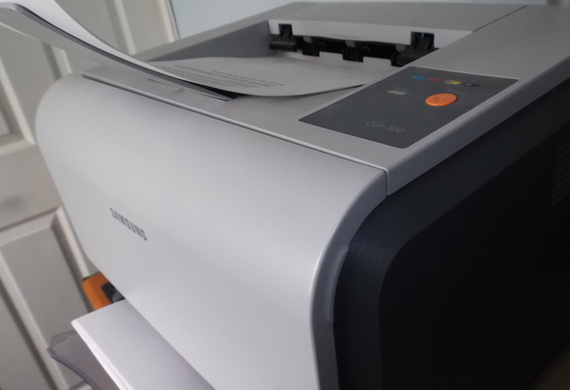 There isn’t a single inventor of inkjet printing. The history and creation of inkjet printing are shared between Hewlett-Packard, Epson, and Cannon. While the concept was developed in the 1950s, it wasn’t until the late 1970s that inkjet printers could reproduce computer generated images.

Interestingly, a man by the name of John Vaught, working for HP in Silicon Valley, helped the HP team tasked to create an inkjet printer when a coffee percolator inspired him. Just as the water was heated to spread evenly over the coffee grounds, Vaught believed that by heating the ink, it could then be efficiently and uniformly applied to the desired medium. 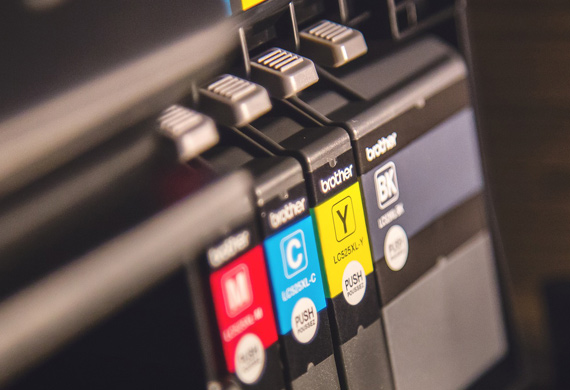 After decades of development, the inkjet printer finally appeared on the consumer market in the late 1980s. The final obstacles that held inkjet back were creating a controlled flow of ink, and preventing the print head from clogging with dry ink. Both Cannon and Hewlett-Packard overcame these obstacles, and the inkjet printer hit the consumer market.

It was in 1984 that Charles Hull invented the 3D printer. This technology used a vat photopolymerization technique called stereolithography.

Known today in general terms as additive manufacturing, much of the attention it gets is due to a lack of waste in the production process. 3D printing produces what will be utilized without the need to remove excess material, thus reducing discarded material and the energy needed to produce the product.

The most popular form of 3D printing is that which adds layers of a selected material one on top of the other to create a three-dimensional figure. As time has passed, the applications of 3D printing have expanded to the medical field, construction, aviation, and even the food industry. 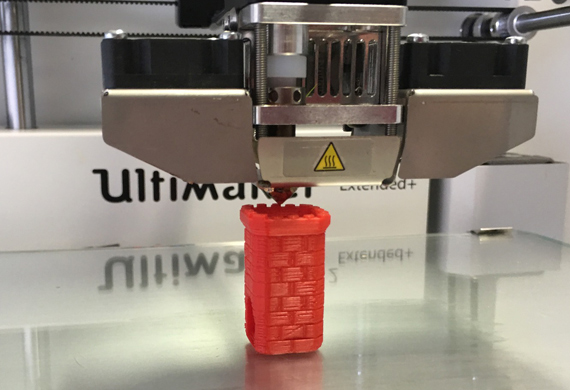 To understand 3D printing, imagine a pastry bag being uniformly squeezed with a high precision application of its contents layer over layer.

The All in One Printer

In the early ‘90s, printers evolved once more. The all in one printer that includes copying, scanning, printing, and fax capabilities came to the market to eliminate the need for a separate machine for each feature. 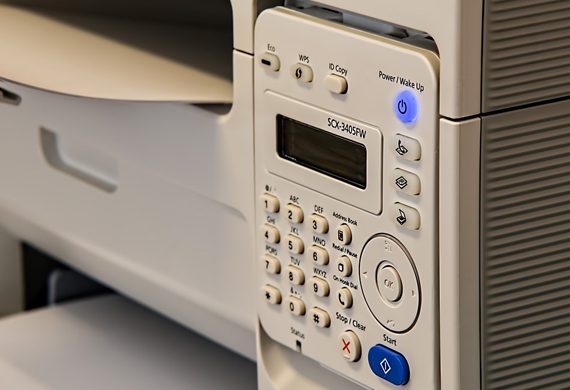 Being smaller, these printers take up less space and prove their value by offering convenience while reducing equipment cost and maintenance.

In 1993, Andrew Clams invented the wireless printer. This printer connects to your device by Bluetooth or via Wi-Fi, permitting you to roam freely with your device and allows several wireless devices to print at the same time. 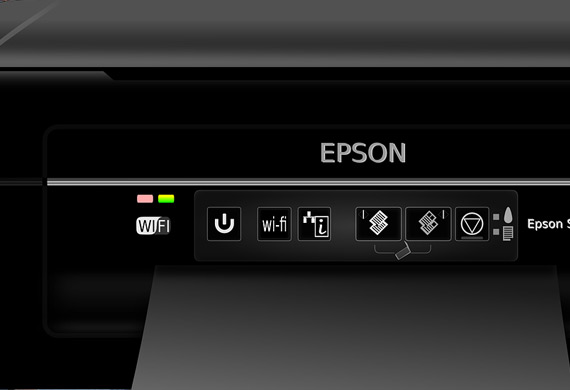 A significant portion of the printer market now belongs to wireless printers. By 2010 alone, half of all printers sold in the US were wireless.

The next time you click “print,” you’ll have a better understanding of the 500 years it took to produce the incredible technology that many of us take for granted.

In this article, you discovered the history, timeline, evolution, and brilliant technological breakthroughs that made the printer a household necessity.

The printer in your home is an example of how people with vision combined with creativity, and in some cases, a bit of luck can change the global picture of how we communicate and do business.